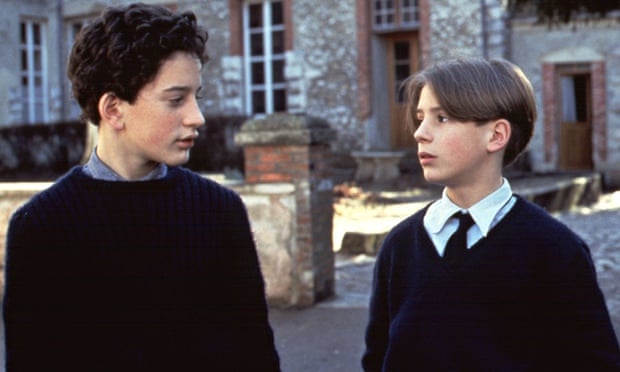 One of the great movies about World War Two and the German Occupation, this semi-autobiographical film, set in January 1944 at an exclusive Catholic boarding school outside Fontainebleau, is the key work Malle waited 42 years to make. This richly detailed, immaculately acted film traces the friendship between two 12-year-olds, one from a wealthy Catholic family through whose eyes the events are seen, the other a Jewish boy hidden by the priests, his identity concealed. The crowded dorms and freezing classrooms suggest Dickens, the central relationship hints at Fournier's Le Grand Meaulnes, occasional bizarre moments echo Vigo's Zéro de conduite. It's a movie about childhood, friendship, betrayal, and how to understand a confused world. The priests are neither mocked nor turned into plaster saints; Nazism and anti-Semitism are seen as evil, but the German occupiers are not demonised. The infinitely moving final words are spoken on the soundtrack by Malle himself looking back over the years to a moment he will never forget. - Philip French

'There is a miraculous, unforced ease and naturalness in the acting and direction; it is classic movie storytelling in the service of important themes, including the farewell that we must bid to our childhood, and to our innocence – a farewell repeated all our lives in the act of memory' - Peter Bradshaw, The Guardian