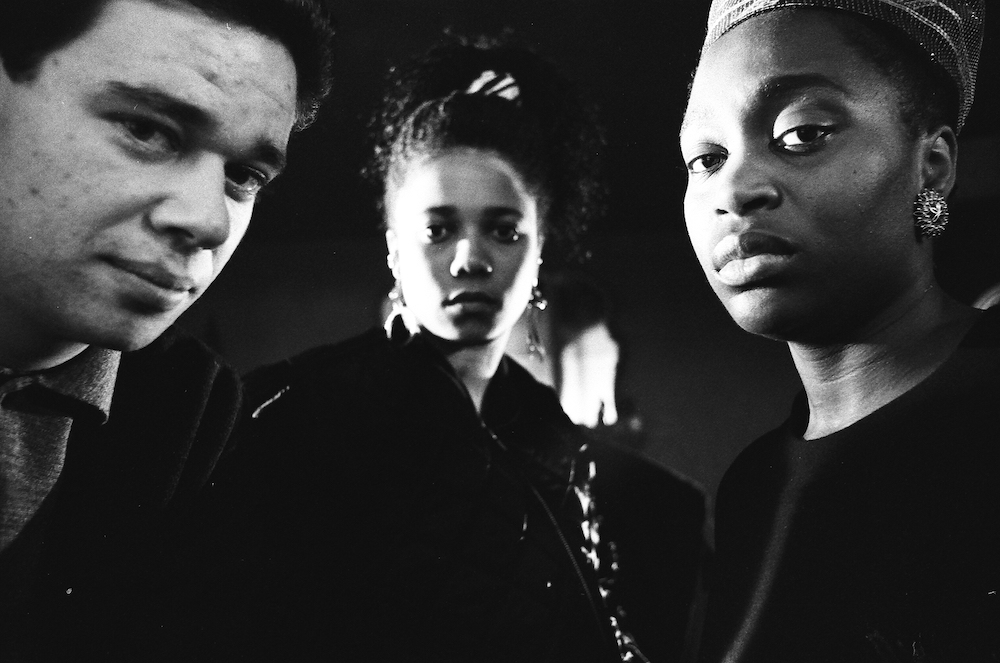 Collective Hum
Dir: Onyeka Igwe (part of B.O.S.S. Collective)
7 mins U UK 2019
Explores the polyphony of collectivity in the desires, motivations and stories that foreground the histories and present(s) of Black British sound. Collective Hum documents a collective in practice through the operation of B.O.S.S using multiple narration, overlapping voices and the sound of group interviews, meetings and events to create a polyphonic score to soundtrack images of the 'collective bodies, kinaesthetic experience and gestural language' of sound system culture. Onyeka Igwe is an artist filmmaker, programmer and researcher. She is born and based in London. In her non-fiction, video work, Onyeka uses dance, voice, archive and text to expose a multiplicity of narratives. The work explores the physical body and geographical place as sites of cultural and political meaning.

Your Ecstatic Self
Dir: Rehana Zaman
33 mins 15 UK 2019
A conversation unfolding in a car with Sajid, the artist's brother. As the journey progresses Sajid discusses his engagement with the philosophy and practice of Tantra, having spent the majority of his 44 years as a strict Sunni Pakistani Muslim. Placing the idiosyncrasies of western fetishism towards eastern philosophical traditions alongside cultural orthodoxies and ancestral knowledge, Your Ecstatic Self takes up multifaceted expressions of desire, intimacy and sexual agency. Rehana Zaman (b. Heckmondwike) is an artist based in London. She works predominantly with moving image to examine how social dynamics are produced and performed. Her work speaks to the entanglement of personal experience and social life, where intimacy is framed against the hostility of state legislation, surveillance and control.

Dreaming Rivers
Dir: Martina Attille
30mins
An archive film (1988) that illustrates the spirit of modern families touched by the experience of migration. Awarded a prestigious Filmdukaten at the XXXVII Internationale Filmwoche Mannheim in 1988, the film evocatively weaves together the ambition-fuelled dreams and memories of Caribbean-born Miss T and her family. Sankofa Film and Video was set up in 1983 by Martina Attille, Maureen Blackwood, Robert Crusz, Isaac Julien and Nadine Marsh-Edwards; supported by the then-new Channel 4, the Association of Cinematograph, Television & Allied Technicians (ACTT) and the Greater London Council (GLC). Their work foregrounds their interest in politics, gender, sexuality and Black British history.