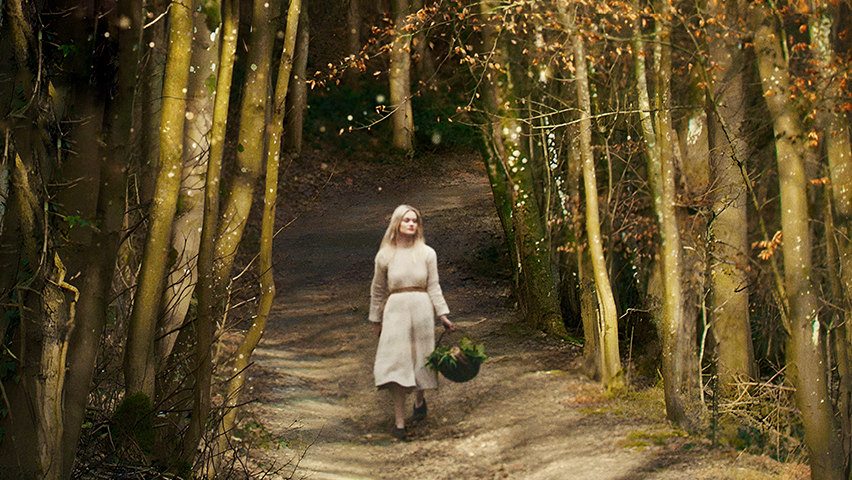 Textile artist Allan Brown spends seven years making a dress by hand from foraged stinging nettles, all picked on the South Downs near Brighton. This is 'hedgerow couture', the greenest of slow fashion. It's also his medicine, the way he survives the death of his wife that left him and his four children bereft.

The challenge of making near zero carbon clothing sourced within a few miles of his home means re-learning ancient crafts and recalls Hans Christian Anderson's fairy tale 'Wild Swans'. From early experiments making nettle thread, through foraging, processing, spinning, weaving and cutting the cloth. Finally, a vision of the dress back in the woods where the nettles were picked, worn by one of his daughters.

'Grasping the Nettle' is at the heart of the film. Making a dress this way is a mad act of will and artistry but also devotional, with every nettle thread representing hours of mindful craft. Over seven years Allan is transformed by the process just as the nettles are. It's a kind of alchemy: transforming nettles into cloth, grief into beauty, protection and renewal. A labour of love, in the truest sense of the phrase, The Nettle Dress is a modern-day fairytale and hymn to the healing power of nature and slow craft.

"This is an exquisite film. Extremely beautiful and helpful for anyone suffering loss or grief. An inspiration" -  Sir Mark Rylance