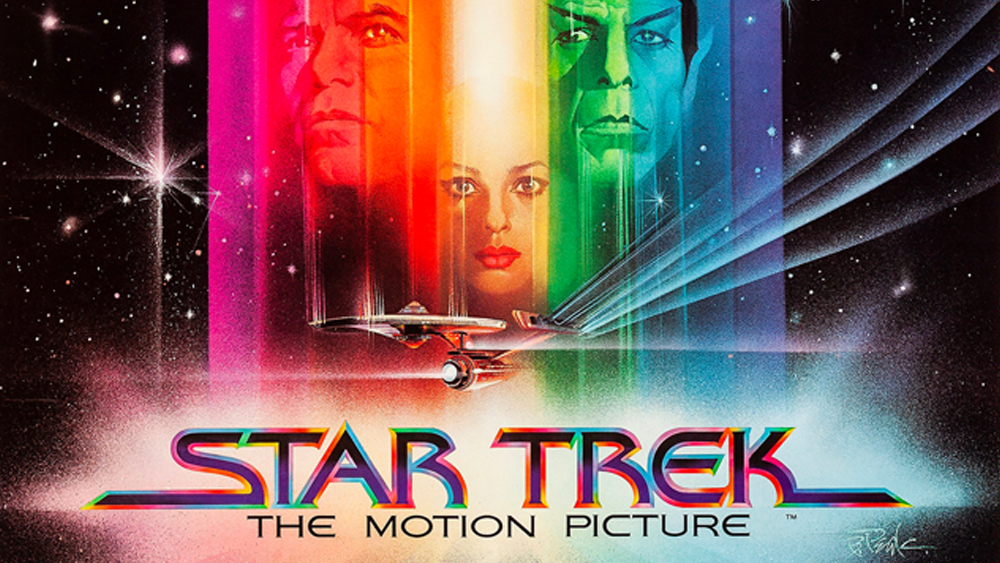 Just three simple words but enough for most people to recognize the opening narration of the phenomenally successful Star Trek series, which first aired in 1965. In fact it was not a success immediately and the series was canned after three seasons. But into the 70s syndicated reshowings gathered a cult following and the series eventually spawned 11 series, 13 movies, countless items of merchandise and a special annual day of celebration (September 8th) for trekkers and trekkies alike.

Films in this event

The series was the invention of a television scriptwriter and producer named Gene Roddenberry, who was inspired by a forgotten 1950s series called Rocky Jones, Space Ranger but also drew on the Hornblower novels of CS Forester. It was unusually well written, finely acted and exciting enough for audiences to forget the dodgy special effects and carboard sets.

In 1979, Roddenberry produced a major film version of the series. Called, rather prosaically, Star Trek : The Motion Picture it was a hugely expensive project and the accomplished director Robert Wise was brought in to direct. He collaborated with the special effects designer Douglas Trumbull, who had worked with Kubrick on 2001 : A Space Odyssey and in an era before CGI the effects are highly impressive.

Back, looking a little older, came the original cast playing their famous characters. Captain James T Kirk was played by the larger than life actor William Shatner whose ebullient career went into his 80s (he is now 91). Critics accused him of ham acting but it was far from the truth. Alongside was the chief scientific officer, Mr Spock, played superbly by Leonard Nimoy, although he never actually said “it’s life Jim but not as know it.” Spock was given to frequent bouts of philosophizing and the pair brought a gravitas to their roles. Their relationship was at the core of the series and the movie, but there was strong support from a multiracial crew, which was unusual for the time. This included Nichelle Nichols as the black bridge operator, Nyoti Uhura. Nichols, who died on July 30th 2022, was the first black actress to appear in a major television series.

The film was not a massive commercial success but interest in the franchise was enough to launch a sequel, Star Trek : The Wrath of Khan in 1982, now forty years ago. It should not have worked : a cheesy title, a journeyman director (Nicholas Meyer) and the rather unconvincing Ricardo Montalban as the chief villain (Khan of course). But it did, emerging as probably the best of the Star Trek movies and a genuinely exciting yarn.

Depot is nothing less than proud to screen both these iconic films in new director’s cuts, and in 4K (aka UHD) prints. So beam me up Scotty, and prepare to experience the final frontier once again.