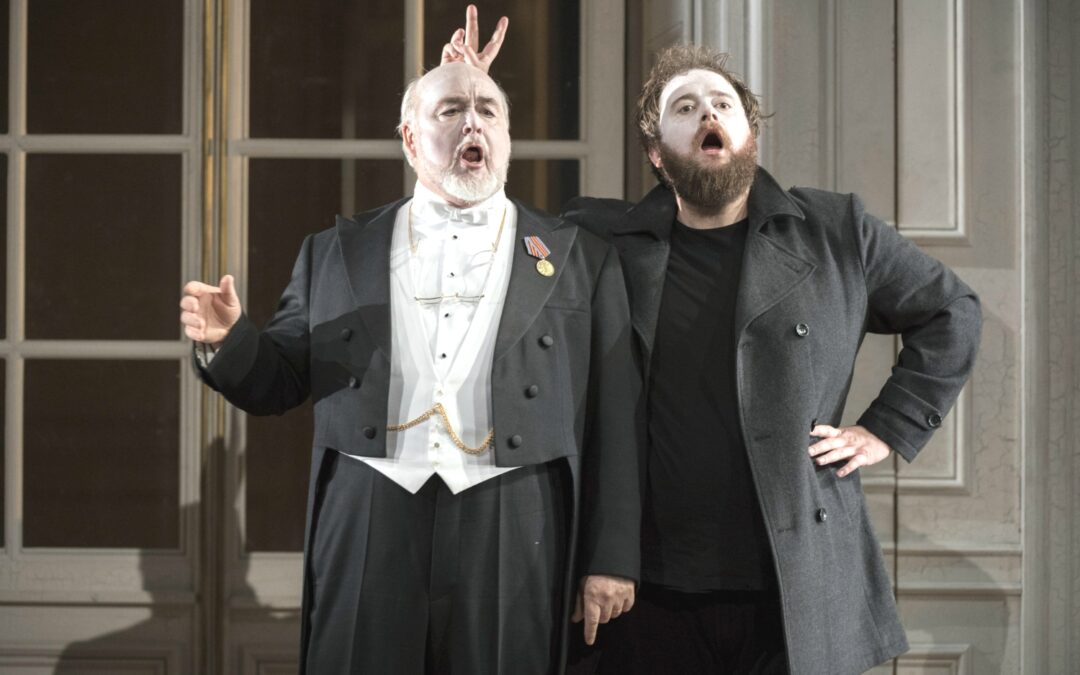 To be, or not to be. This is Hamlet’s dilemma, and the essence of Shakespeare’s most famous and arguably greatest work, given new life in operatic form in this original Glyndebourne commission.

Thoughts of murder and revenge drive Hamlet when he learns that it was his uncle Claudius who killed his father, the King of Denmark, then seized his father’s crown and wife.

Australian composer Brett Dean talks about on his new opera, Hamlet, for the Glyndebourne Festival, which is one of the most eagerly anticipated operatic premieres of the year. BBC Radio 4 Front Row – http://www.bbc.co.uk/programmes/b08tbf22#play

But Hamlet’s vengeance vies with the question: is suicide a morally valid deed in an unbearably  painful world?

A cast of some of the finest singing actors of the moment will bring Hamlet to life on the big screen. British tenor and Glyndebourne favourite Allan Clayton will play Hamlet. British mezzo-soprano Sarah Connolly will play Gertrude and Canadian soprano Barbara Hannigan will make her Glyndebourne debut as Ophelia. Legendary British bass John Tomlinson plays The Ghost of Old Hamlet.

Hamlet will be conducted by Vladimir Jurowski, Glyndebourne’s former Music Director Neil Armfield has directed numerous productions for Opera Australia, including their first full-length presentation of The Ring Cycle. He is the director of the acclaimed films Candy and Holding the Man.

Sung in English with English supertitles.