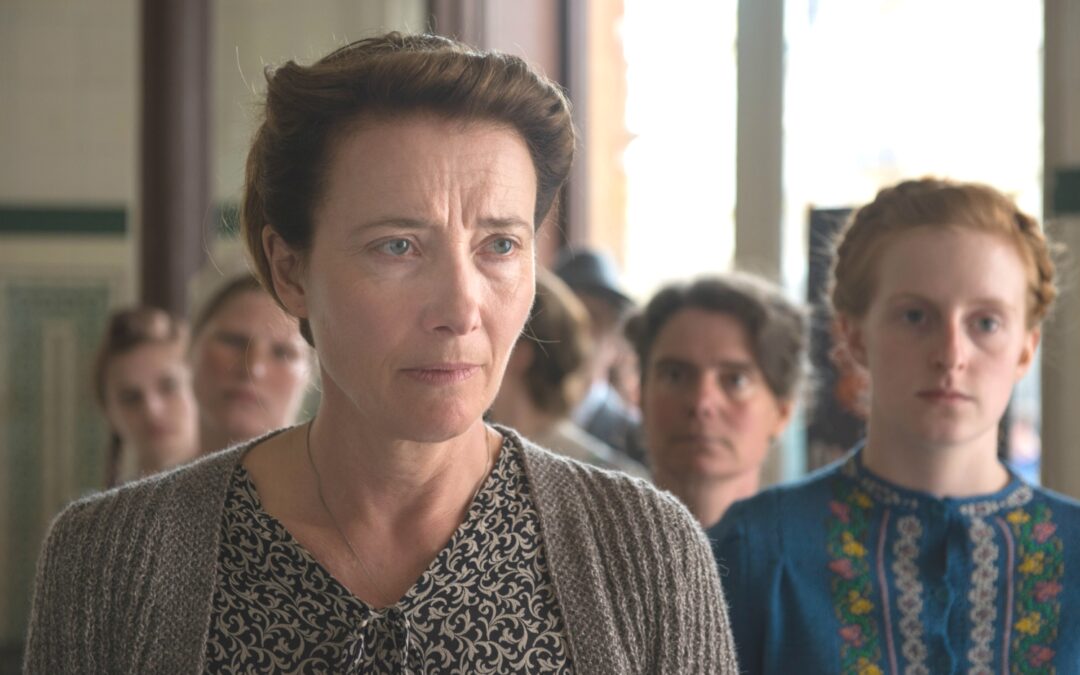 Depot is proud to be one of the selected cinema’s to host the UK premiere of Alone In Berlin, live from The Imperial War Museum on Monday 26 June.

The special advance screening will take place from London’s world renowned Imperial War Museum giving the audience at Depot the opportunity to experience a private view of some of the museums most famous exhibits, including the original Reichs Chancellery Eagle, ahead of a screening of this extraordinary film starring Emma Thompson, Brendan Gleeson and Daniel Brühl.

Berlin 1940. The city is paralysed by fear. Otto and Anna Quangel are a working class couple living in a shabby apartment block trying, like everyone else, to stay out of trouble under Nazi rule. But when their only child is killed fighting at the front, their loss drives them to an extraordinary act of resistance. They start to drop anonymous postcards all over the city attacking Hitler and his regime. If caught, it means certain execution.

Soon their campaign comes to the attention of the Gestapo inspector Escherich and a murderous game of cat-and-mouse begins. But the game serves only to strengthen Otto and Anna’s sense of purpose and a renewed love for each other. Slowly their drab lives and marriage are transformed as they unite in their quiet but profound rebellion…

The screening will be followed by a lively, inspiring and timely discussion prompted by the incredible true story contained in the film of a couples resistance to the Nazi regime.

Alone In Berlin Live From The Imperial War Museum at Depot on Monday 26th June.