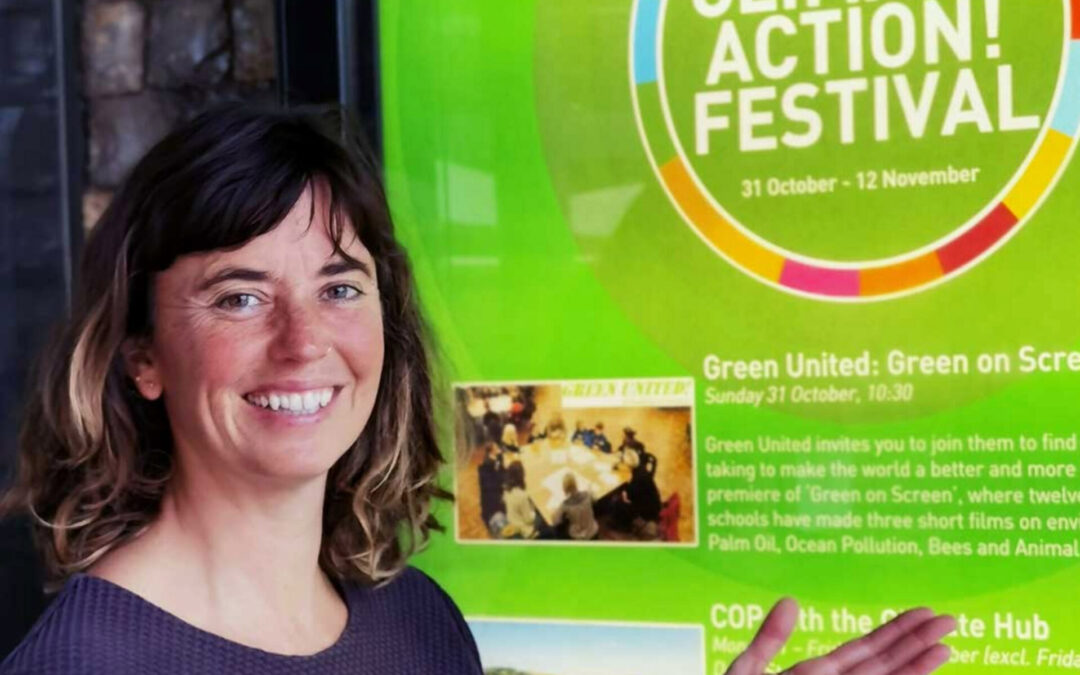 Depot’s Climate Action! Festival, the climactic programme of events showcasing the voices of those being affected by climate and biodiversity decline, as well as the powerful civic action that they’re taking, has come to a close after two weeks of rallying and engaging an audience of around 1000 visitors. The festival took place place in tandem with COP26 – the United Nations Climate Change Conference.

The unique film programme, that was passionately compiled by Depot’s Sustainability Manager Natasha Padbury, has taken visitors around the globe; from American townships taking water-polluting corporations to court on behalf of their local river, to a South African woman who gives toxic tours of Johannesburg’s gold mines; from communities across the Sahel, stretching from the west to east coast of Africa, who are fighting against mass desertification under the unifying image of a 8000km green belt of trees, to an epic journey into the human reengineering of the planet, exploring surreal lithium evaporation ponds in the Atacama to psychedelic potash mines in Russia’s Ural Mountains.

For the festival’s run, the screens at Depot were transformed into unique biome atmospheres, created by Depot’s skilled technician Tom Oliver, which turned the screening spaces into immersive ocean, woodland and rainforest environments, using beautiful visuals and carefully orchestrated soundscapes.

Depot was delighted to work with a range of global and local collaborators to help bring context to these screenings, as well as providing captivating and inspiring post-screening panel discussions and Q&A sessions – including contributions from a tree planting scheme in Uganda via a live Zoom broadcast, UNA Eastbourne, Environmental Law Foundation, Lawyers for Nature and SouthCoast Sirens – all of which have helped give depth and direction on how to tackle some of these pressing issues. 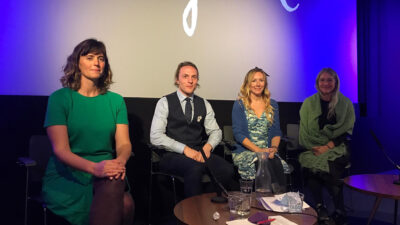 The festival has also provided an ambitious programme of engagement opportunities for the local community, both young and old, and those in the surrounding areas.

‘Green on Screen’ showcased four environment-themed short films made by 12 young people from 5 different schools in Lewes, made in partnership with Green United and Depot. These inspirational films cut straight to the heart of the issues that they cover (Palm Oil, Ocean Pollution, Bees and Animal Poaching) and are available for everyone to watch on the Green United website.

St Pancras Primary School took up the challenge from Lewes Town Council to make a film to send to COP26. This powerful short, ‘The Future Awaits‘, was screened in front of all of Depot’s family films over the course of three weekends.

Reflecting on the conclusion of the festival, Natasha Padbury had the following thoughts:

“I’ve been hugely inspired by the local and wider communities’ determination and dedication to just keep going against all odds. At times it’s been very challenging to comprehend just how much there is to do – which we partially expected. That was the main thought that helped inform the choice of films that we wanted to include in the festival – we wanted to put a spotlight on the positive action that is taking place, rather than the enormity of the task”

“I’m just so proud and honoured to be part of a community who are working in unison with such passion and care. While we can now look back on the outcomes of the 26th Global United Nations Climate Conference in Glasgow, we must plan to forge ahead to the future – I’ve certainly come away with renewed passion and purpose about what to tackle next and we hope it has inspired you to stand up and take climate action!”

Depot offers a huge thanks to all the funders, partners and contributors who have helped make the Festival a huge success and to our customers for coming and taking part, including:

Presented with support of the BFI Film Audience Network, awarding funds from the National Lottery in order to bring this project to more audiences across the UK.