Rebellion screening at Depot, with panel discussion on climate activism 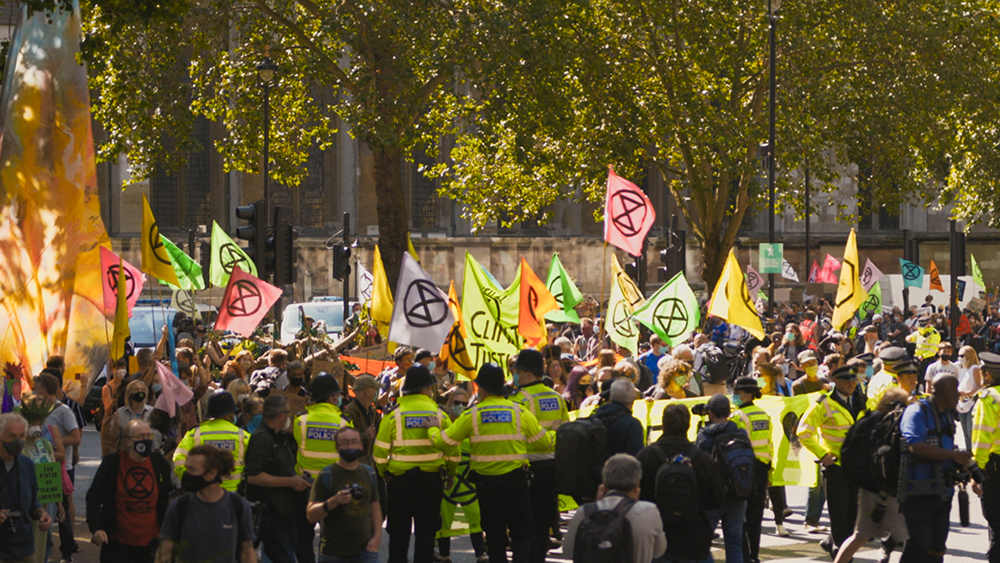 On Monday 21 March, Depot will be holding a screening of Rebellion, the first feature-length documentary to tell the behind the scenes story of Extinction Rebellion, followed by a panel discussion and Q&A with Dr Sara Vestergren (lecturer in social psychology with a focus on collective action, protests, and activism), Jane Carpenter and Mark Slater (Extinction Rebellion Lewes and Ouse Valley).

Given unprecedented access, the film-makers follow a group of unlikely allies who have come together to confront the climate emergency and depicts the highs and lows of the movement as they crash into the status quo – and each other. The film captures the human drama of social movements first hand and questions the health of our democracy, as we witness the right to protest come under attack.

The post-screening panel discussion is set to discuss the impacts of being a climate activist, as well as insights – and debates – into what might be effective protest models. One of the speakers, Dr Mark Slater, has been a spokesperson for Extinction Rebellion – giving the Heading for Extinction talk nationally and internationally. He co-wrote the Money Rebellion talk and up until recently was the XR UK national speaker trainer. He has worked in XR Talks and Trainings, running Non Violent Direct Action training and coordinating training in the South East of England. He lives just outside Lewes.