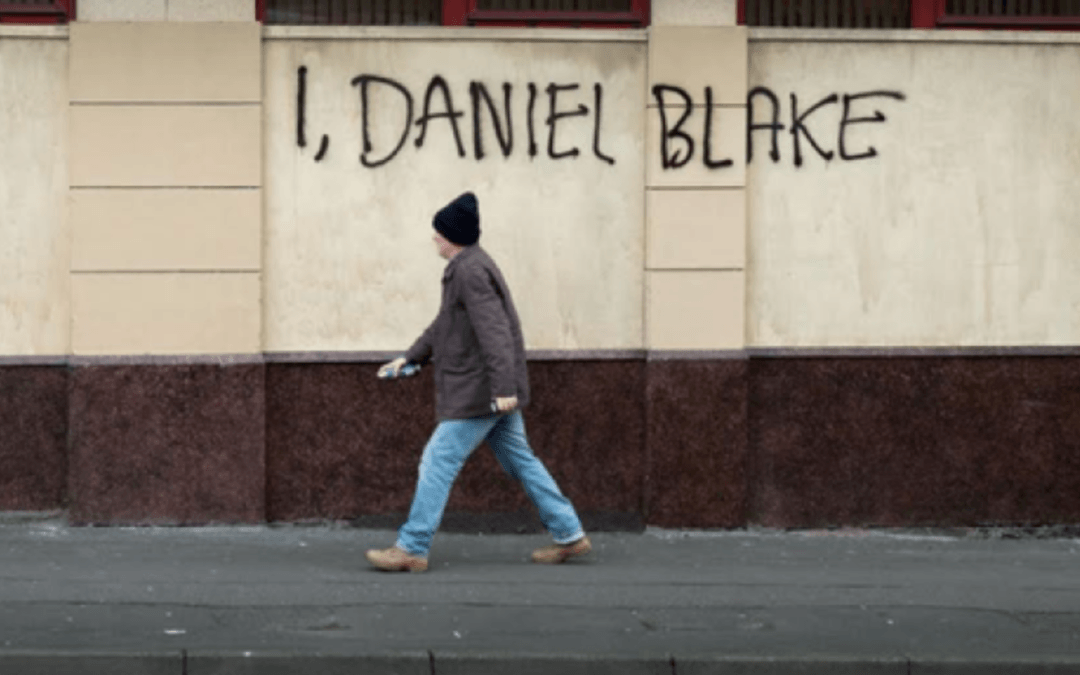 As part of Living Wage Week, Depot is to screen I, Daniel Blake, a gripping, human tale about the impact one man can make, from the director Ken Loach. The screening will be followed by a discussion on poverty in Lewes, led by the group Lewes for a Living Wage. The group will launch their new leaflet on poverty, The Lewes Divide, at the event.

Gruff but goodhearted, Daniel Blake is a man out of time: a widowed woodworker who’s never owned a computer, he lives according to his own common sense moral code. But after a heart attack leaves him unable to work and the state welfare system fails him, the stubbornly self-reliant Daniel must stand up and fight for his dignity, leading a one-man crusade for compassion that will transform the lives of a struggling single mother. Ther film was winner of the Palme d’Or at the 2016 Cannes Film Festival.

‘A gut-wrenching tragicomic drama (about “a monumental farce”) that blends the timeless humanity of the Dardenne brothers’ finest works with the contemporary urgency of Loach’s own 1966 masterpiece Cathy Come Home.’ – Mark Kermode, The Observer

Depot is operated by Lewes Community Screen and is committed to paying all its employees at least the Lewes Living Wage.