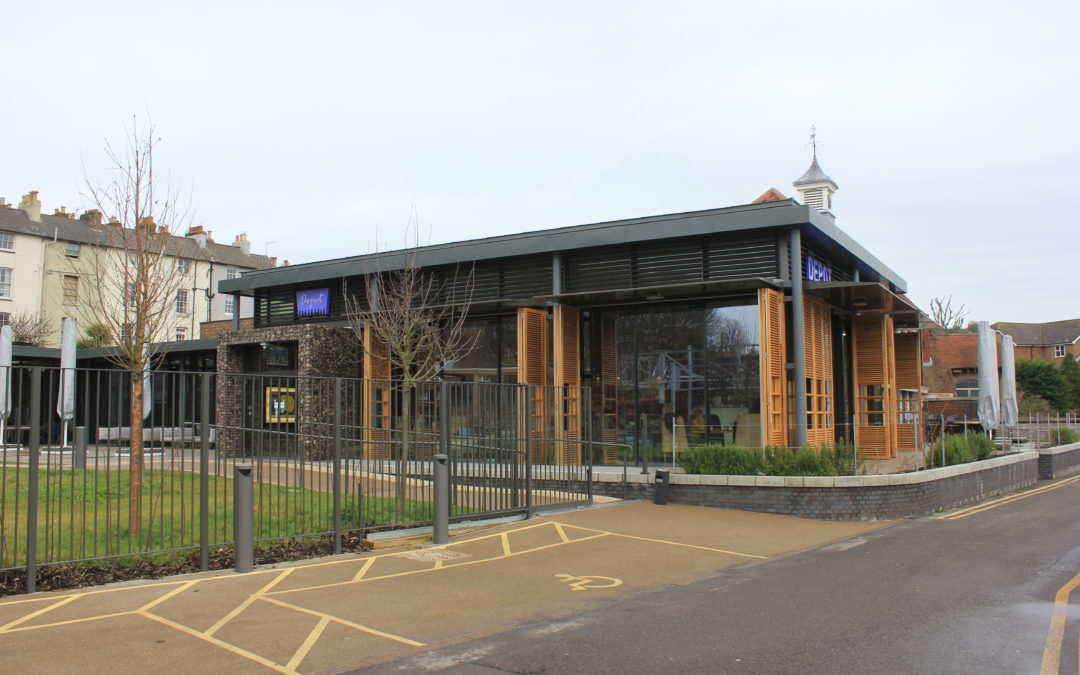 Depot has been shortlisted for a major national planning award.

The independent cinema and arts venue, operated by Lewes Community Screen, has been announced as a finalist in the category for Excellence for Planning in Heritage and Culture at the Royal Town Planning Institute’s (RTPI) Awards for Planning Excellence 2018.

The RTPI Awards are the most established and respected awards in the UK planning industry. Running for over 40 years, they celebrate exceptional examples of planning and the contribution planners make to society.

The transformation of the former Harvey’s brewery depot in Lewes, a prominent location close to the railway station, into a major arts venue – with a cinema, restaurant and education facilities – has already been crowned the overall winner at the RTPI South East Awards for Planning Excellence and has now been shortlisted for a national award.

The previously vacant site is in a prominent, sensitive location within Lewes Conservation Area, the South Downs National Park, and surrounded by numerous listed buildings. It was sensitively redeveloped to provide the new community 3-screen cinema, which has been operating with considerable popularity since May 2017. The redevelopment, designed by architects Burrell Foley Fischer, also includes new green infrastructure including an orchard, wild flower garden and landscaping.

Carmen Slijpen, Depot Creative Director, said: “We are delighted by the national recognition that Lewes’ prized arts venue is continuing to receive. Depot has quickly been adopted as a valued and well used hub for our community.”

Congratulating those behind the Depot project, John Acres MRTPI, President of the Royal Town Planning Institute said: “It’s a huge achievement just to be shortlisted this year given the 6% rise in entries to the awards and the high calibre of entries will make judging very difficult.”

The winners will be announced during a ceremony held at Milton Court at The Barbican, London on 24 May 2018.