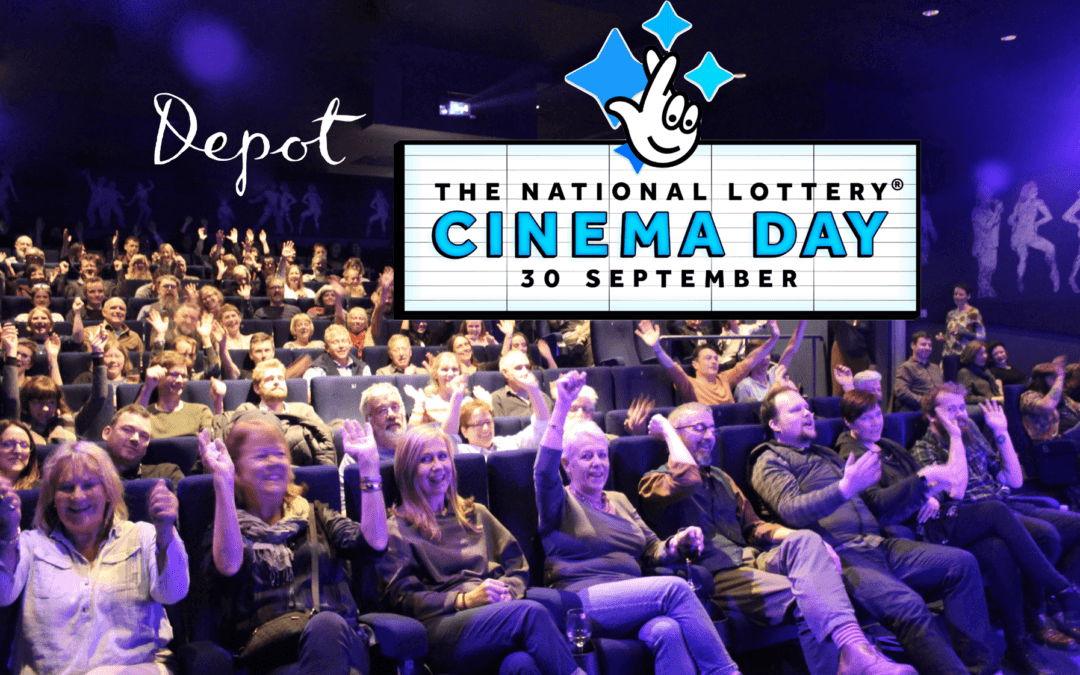 Did you know every time you play The National Lottery you’re supporting British film as well as community projects in our local area?

To say THANK YOU we’re inviting you to join us and see a film on Lotto at Depot on Sunday 30 September 2018 to be a part of the National Lottery Cinema Day. From cinematic classics, modern day masterpieces and new releases there will be something for everyone – all you need is your Lotto ticket purchased for draws between 26 and 29 September to get a free adult cinema ticket on National Lottery Cinema Day.*

Tickets for the screenings are only available on the day from our box office, we’re anticipating the day to be very popular so we suggest getting your tickets early on the day – tickets will be issued on a first come, first served basis.

Take a look at our film line-up for Sunday.

National Lottery players have helped fund thousands of projects across the British film industry. Since 1994 they have supported and nurtured new talent through nationwide training and development schemes – as well as engaging the next generation, through educational initiatives in local schools and at BFI Academies. Their support has also helped British filmmakers to create extraordinary films such as The King’s Speech, Suffragette, Viceroy’s House and Pride and work with the BFI to engage new audiences through the BFI Film Audience Network and the BFI Audience Fund.

● One Lotto ticket provides free entry for one adult to any available film of their choosing on Sunday 30 September 2018 only.● Under 16s are not eligible for free tickets. ● All Lotto tickets purchased for draws between 26 and 29 September qualify for free entry for one adult to any film of their choosing on Sunday 30th September 2018 at Depot.  We reserve the right to refuse entry in the event that we reach capacity, as well as for any other circumstances.● Participants can see any film of their choosing providing that the screening is not at full capacity, and subject to standard film age certification regulations.● Free tickets can only be claimed, in person, on Sunday 30 September 2018. They cannot be booked in advance.● Free tickets have no cash value.● The promoter is Lewes Community Screen.● In the event of queries on the day, the manager’s decision is final.