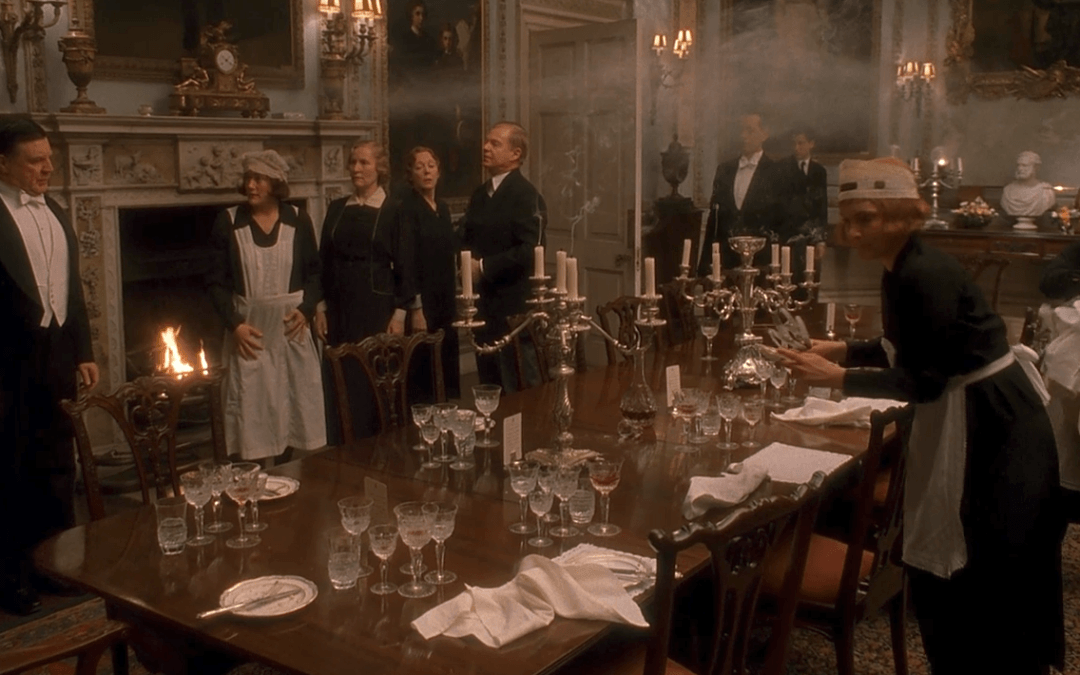 Depot is to host an exclusive dinner as part of the Sussex Gin & Fizz Festival, with a screening of the Robert Altman film Gosford Park.

The dinner is for a strictly limited number of guests and will take place in Depot’s Gallery space. With a glass of sparkling Plumpton Estate ‘The Dean’ Brut NV on arrival, our stylish three course dinner menu also includes a gin and lemon sorbet, in keeping with the theme of the festival.

The Sussex Gin & Fizz Festival is a new one day festival celebrating Sussex produced sparkling wine and gin. Part of Lewes OctoberFeast, the event takes place during the day, in the beautiful nearby Southover Grange Gardens, two minutes’ walk from Depot.

Gosford Park is a period drama set in 1932. A party of wealthy Britons and an American, and their servants, gather for a shooting weekend at Gosford Park, an English country house. A murder occurs after a dinner party, and the subsequent investigation unfolds from the servants’ and guests’ perspectives. It was written by Julian Fellowes, who later conceived Downton Abbey as a spin-off the film but developed it as a standalone piece.

Before the screening, there will be an opportunity to marvel at hats by milliners Lomax and Skinner at an exhibition of their beautiful creations in our Studio.