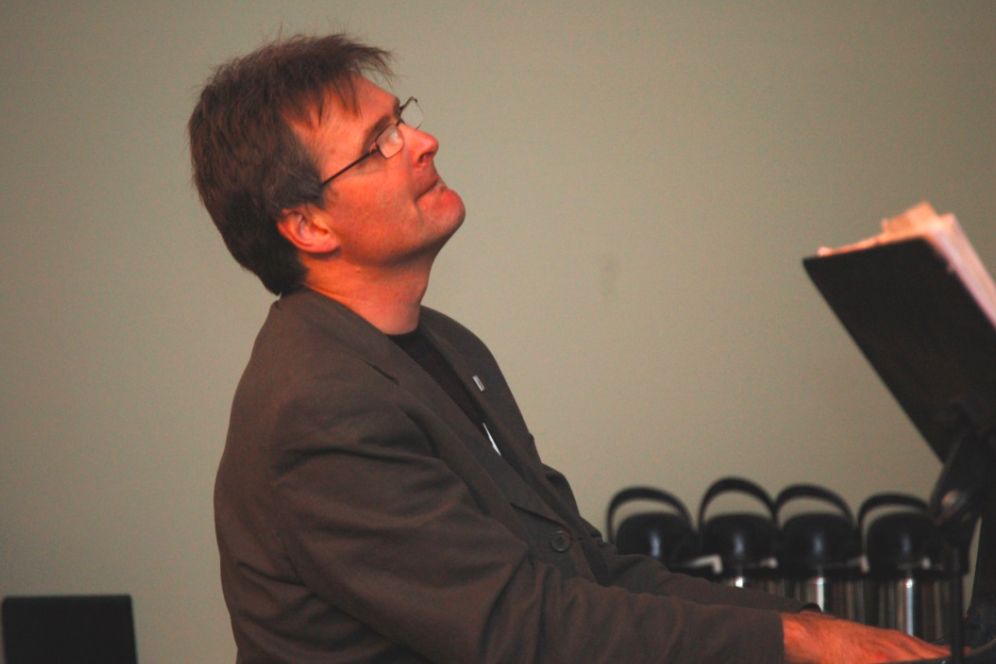 The leader/pianist of top UK Latin Jazz band Cubana Bop, as well as Milestones, Triversion and The TS Quintet, Terry Seabrook also runs the Monday jazz sessions at The Snowdrop Inn in Lewes.

Terry studied music at Sussex University, with a year scholarship to study jazz at Eastman School of Music in NY. His performing career started in 1985, touring Europe and the Middle East with US Jazz singer Joe Lee Wilson. He has composed for his jazz projects and has written for TV. He has contributed pieces to the new Associated Board’s Jazz Grades for piano and Trinity Rock School’s graded piano syllabus.

He is joined by Darren Beckett (drums), who won a prestigious Bass Ireland Award as a teenager, leaving the emerald isle to study jazz in New York, where he resided for 21 years. Across his career, he has played drums everywhere from Carnegie Hall in New York to the Royal Albert Hall in London. He’s performed on over 30 albums and was a studio drummer for jazz label SteepleChase, recording with notable names like Lee Konitz and Rich Perry. Over the years, Darren has worked with Lauryn Hill of The Fugees, English soul singer James Hunter, Canadian singer-songwriter Daniel Lanois and jazz pianist Aaron Parks. He currently gigs with Brandon Flowers (The Killers), French pop/movie composer Émilie Simon and French-American jazz singer Madeleine Peyroux, whom he’s worked with for over ten years. Darren co-wrote the lead single ‘Can’t Deny My Love’ on Brandon Flowers’ number one charting second solo album, ‘The Desired Effect’.

Completing the trio, Oz Dechaine (bass) hails from Lewes and is making waves on the local jazz and show scene as an up and coming bass player. The youngest member of the band, he currently works with Abi Flyn, The Soultastics and Oly Howe.