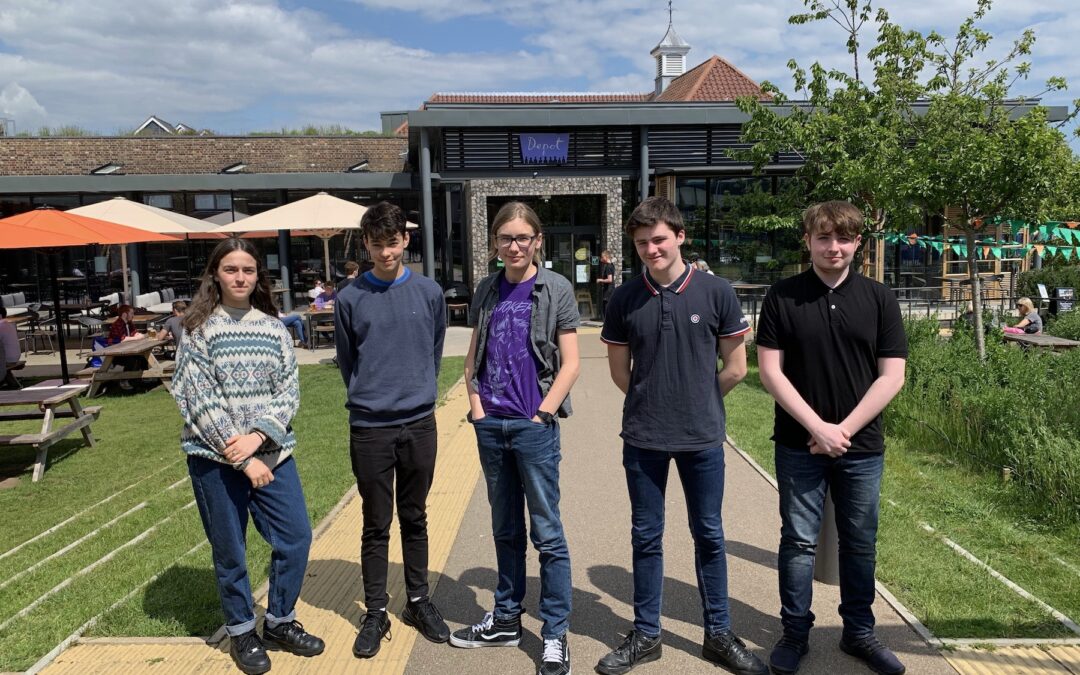 Depot welcomed students from Priory School this week to take part in a work inspiration programme.

Five Year Ten pupils spent time in each of Depot’s departments, including the bar and restaurant, events, box office, HR, marketing and technical. They gained experience of working life behind the scenes at the cinema, as well as front of house welcoming customers.

Practical exercises included planning a birthday party and writing the questions for a job interview. In marketing, they wrote copy to promote the half term week film programme and made a promotional video.

Here’s what they wrote:

Get ready as one of Disney’s most notorious villains steps back into the limelight for a non-stop action packed adventure. Experience the cruel crime-ridden backstory of the evil Cruella De Vil in the new blockbuster film by Disney studios.

Peter Rabbit: The Runaway is a new family fun filled adventure, brought to you by the makers of Goosebumps and Paddington 2. Starring James Corden and Margot Robbie, this stunning film is inspired by Beatrice Potter’s Peter Rabbit.

From the creators of Spirited Away and My Neighbour Totoro, Studio Ghibli debuts their new style of animation with Earwig and the Witch. Based in the British countryside, this film follows a headstrong girl uncovering her magical background as she searches for the family she always wanted.

Nomadland, the blockbuster film directed by Chloe Zhao was awarded for best picture and nominated for 6 awards. It is very powerful and moving, opening many people’s eyes showing the true challenges and life of a modern-day nomad set in West America.

First Cow, from the creative mind of Kelly Reichman and based off of the book by John Raymond, brings you a new story starring John Magaro as chef cookie and Orion Lee as fugitive king Lu based in 1820s America this adventure with leave you breathless with ambition.