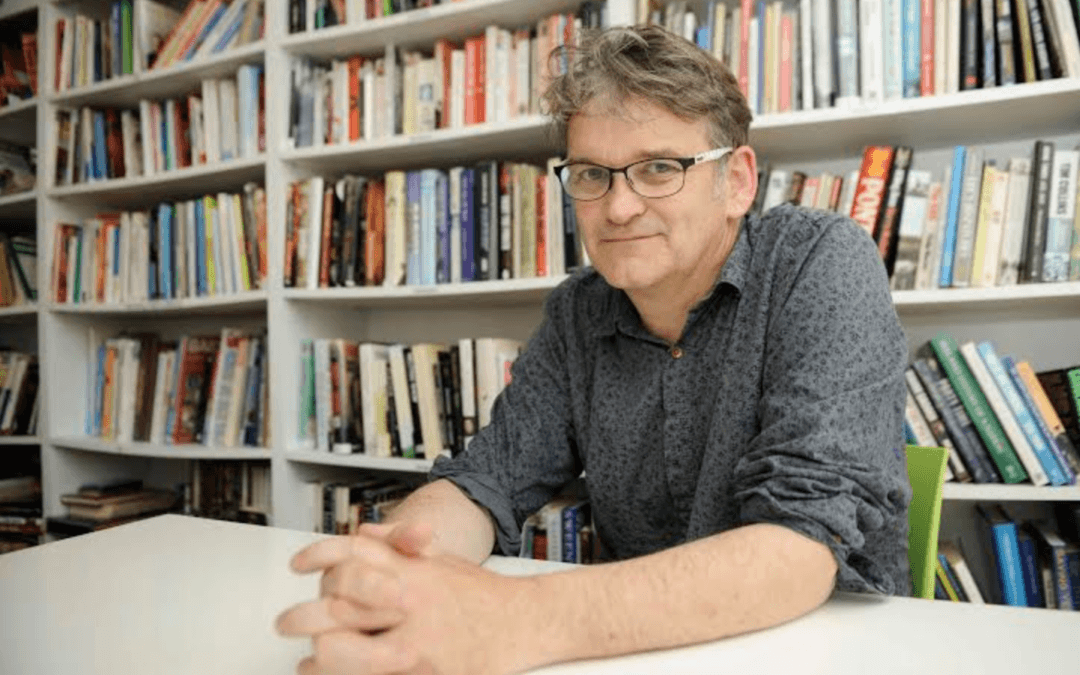 Laughton-based film-maker Jerry Rothwell speaks to David Bradford about his work, local inspirations and why the documentary form matters more than ever

What do you think of the new Depot cinema? How important are independent cinemas from a film-maker’s point of view?

It’s an incredible achievement to put the cinema there [in central Lewes], and their programme in the first couple of months has been fantastic. They’re showing films you wouldn’t ordinarily be able to see without going to London.

From a film-maker’s point of view, having those films accessible in a local cinema makes a massive difference. For young people to be able to see that sort of stuff is great. For me as a teenager, it was at the old Scala in King’s Cross that I got my cinematic inspiration. I’m sure there’ll be young people in Lewes seeing unusual films and hopefully getting out and making interesting things themselves in 10 years’ time.

You live in nearby Laughton. Did you grow up in Sussex?

No, I moved around a lot while growing up, as my dad was in the RAF. We moved between Suffolk, Kenya and London. I moved to Sussex in ‘98 when, with a bunch of friends, we created a co-housing community in a former residential hospital. And I’m still here. I’d assumed this area was kind of commuter belt, but it’s not; it has its own rural identity and it’s a fascinating part of Britain.

Your latest film Sour Grapes, about a man who made millions of pounds selling counterfeit wine, was shown at the Depot during its opening weekend. The title of the film suggests green-eyed resentment — on whose part, the conned or the conning?

I was always interested in those medieval plays where the bad guys end up fighting each other. This [fraud] seemed to be an instance where extreme wealth was developing an incredibly distorted version of the wine market, just as at the same time sub-prime mortgages were going through a similar thing, leading to the financial crash. I was interested in those parallels and the fact that this film, ostensibly about wine, makes you ask all sorts of questions about what it is that people value and why.

The film seems quite sympathetic towards the perpetrator, Rudy Kurniawan. Was that deliberate?

It’s interesting, the film divides people. I’ve been to screenings where the audience are cheering at the end, and others, especially wine groups, where he’s seen as destroying the authenticity of something beautiful. I quite like that diversity of reactions.

During the Q&A after the screening, you said that Netflix had bought the film and explained that online streaming is an important new funding source. Does this mean there’s more money overall in documentary filmmaking — is this a golden age for the documentary?

I think we’ve been in a golden age for documentary for the past five years. I guess these things go in cycles. Ten years ago, there was a sort of monopoly within television for funding documentaries, and it began to favour ideas that were safe, predictable — reality television and series. Now that Netflix has come along, there is more value in cinematic documentaries, standalone docs, and more imaginative storytelling. I suppose the danger is that if Netflix begins to monopolise funding, they’ll start to favour safer options too.

In this age of contested truth, 24-hour news, social media and the rest, is it getting harder to hold people’s attention? Is documentary being forced to evolve?

Yes, but documentary films are inherently a considered inquiry into something; they’re a process of finding out and thinking about something, which often takes a long time. A documentary can’t really compete with the quick turnaround media. It has to stand by the things it says. It’s a far more reflective form — and I think people want that, that sort of depth. There will always be an audience who will want to look into things more deeply.

Having watched most of your films, I’ve noticed you seem drawn to marginal, rebellious figures. Do your films share a common theme or political motivation, do you think?

I’m interested in films that engage us in the politics of the time and unfolding events. My aim is to put an audience through a process of thinking about why things are the way they are and what they should do about it.

I guess each person is drawn towards different kinds of stories, and they’re the least good person to judge their own decisions. It has been pointed out that all my films are in some way about loyalty, which I think is interesting. When I’m investigating an idea, I’m looking for the layers that on one level can play out as a story with some tension about what’s going to happen, the relationships between the people, but I’m also looking for something underneath, the social forces at work, forces that you can look at and try to understand why things are the way they are.

Your previous film How To Change The World was about Greenpeace, which was once headquartered in Lewes. If you were to make another film with Lewes connections, what would it be about?

Naturally everyone wants to make a feature documentary about Bonfire, but I think it’s a truly hard thing to do — and that’s before you know Lewes…

Why would it be so hard?

The bonfire societies get enormous numbers of requests, and I think they’re rightly sceptical about the filmmakers’ intentions. I have at various times shot bits and bobs of Bonfire, and it’s visually fantastic.

I’m also very interested in the work being done in the Reeves archive at the moment. There’s 150 years of photography in Lewes — I’m sure there’s a film there. I’d love to make a local film and not have to be on a plane half the time!

What are you working on now?

I’m making a film about a guy who installs the internet in remote locations in India as a means for children to self-educate more easily. There’s so much material; I’m deep in the editing process at the moment. There’s also a film I’m developing around autism, in its early stages, and a feature in Sierra Leone around lawyers defending people’s land rights.

Find out more about Jerry Rothwell at www.jerryrothwell.com.

David Bradford is a Lewes-based journalist who tweets at @DeeBeeFree.