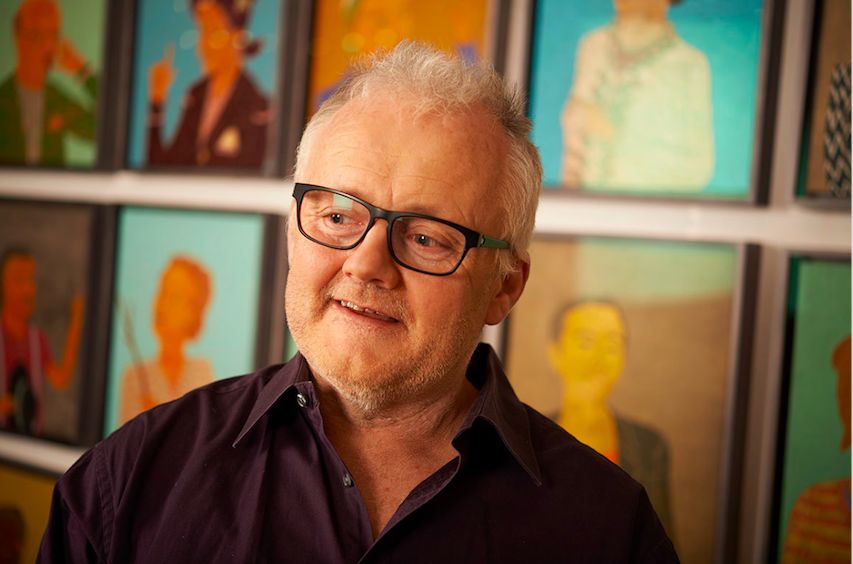 Robert Senior, Depot chair of trustees, will be in conversation with the artist Stephen Chambers RA in a live question and answer session on Sunday 10th September.

Familiar to Depot visitors as the creator of The Big Country (2012) screenprints permanently installed in the gallery, Stephen Chambers is a fellow of the Royal Academy, Stephen has created a wide range of paintings, prints, books and ceramics and also collaborated with Orlando Gough and Asley Page on three dance productions for the Royal Ballet. He currently has a major exhibition in Venice; The Court of Redonda.

The Big Country is based on the 1958 film by William Wyler starring Gregory Peck. Through 78 prints, it explores western themes and the role of immigrants in opening up the America West in the nineteenth century.

Stephen will talk about his career,  the inspiration for The Big Country and his current exhibition, and also discuss his favourite movies, including the Spanish film El Sur, before introducing a special one-off screening of the film.

Set in the 1950s somewhere in northern Spain, El Sur is the story of a young girl fascinated by the secrets of the south which seem to be hidden in the personality of her father.  Intended to run three hours, its producer stopped production midway through and the film was created from the unfinished story.

“Erice favours dark interiors in which stasis acquires dynamism (a Caravaggio effect his work is noted for), and loves deeply centred, symmetrical compositions. This is a simple and moving cinema language, whose serenity belies the rich complexity of its visual construction and its mastery of the themes of childhood, memory and loss. A masterpiece, haunted by itself.” – John Patterson, The Guardian

The free question and answer session begins at 2.15pm and is open to all. No ticket is necessary. El Sur will be screened at 3pm, for which normal film ticket prices apply.